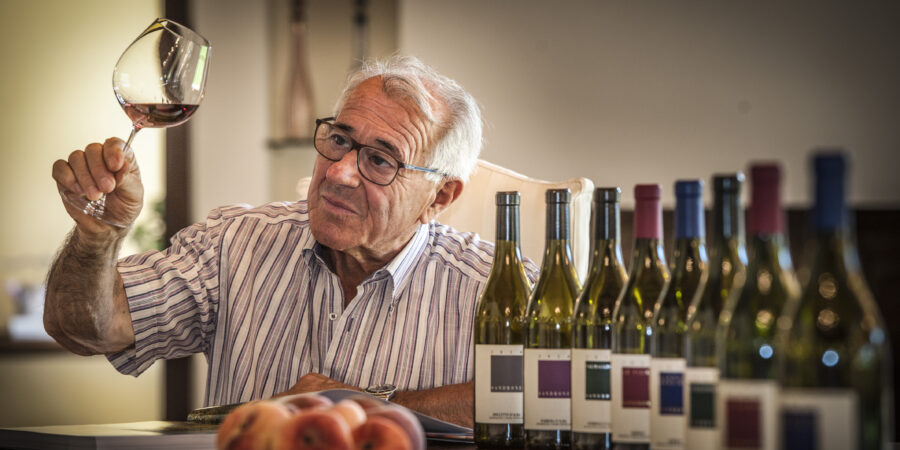 We’ve taken stock of the Vite Talin Barolo from the great Luciano Sandrone, these wines are possessed with a thrilling sense of energy and seamless balance. inquire about allocations.

“The 2014 Barolo Vite Talin is shaping up to be one of the wines of the vintage. A powerful, unctuous wine, it possesses off-the-charts intensity married with striking nuance. Dark red cherry jam, plum, lavender, spice, rose petal and mint are some of the many nuances that flesh out. In 2014, the Vite Talin is a wine of extraordinary finesse, nuance and classicism. It will spend two years in 500-liter barrels and a third year in cask. Tasting the 2014, I can only wonder why the other Barolos don’t get the same élevage. I won’t be surprised if the 2014 one day surpasses the 2013 – it is every bit that thrilling. Wow! The Vite Talin emerges from a parcel within the Rivassi cru known as Talin with heavily virused vines that produce a minuscule crop. For many years I have tasted the Talin Barolo from cask as one of the potential candidates for Le Vigne. During all of that time, Sandrone ultimately decided to sell the entirety of the production off in bulk. Until 2013, when the Sandrones decided to bottle the wine on its own, with an old-school label that celebrates the Sandrone family’s history prior to the founding of the Luciano Sandrone winery.”