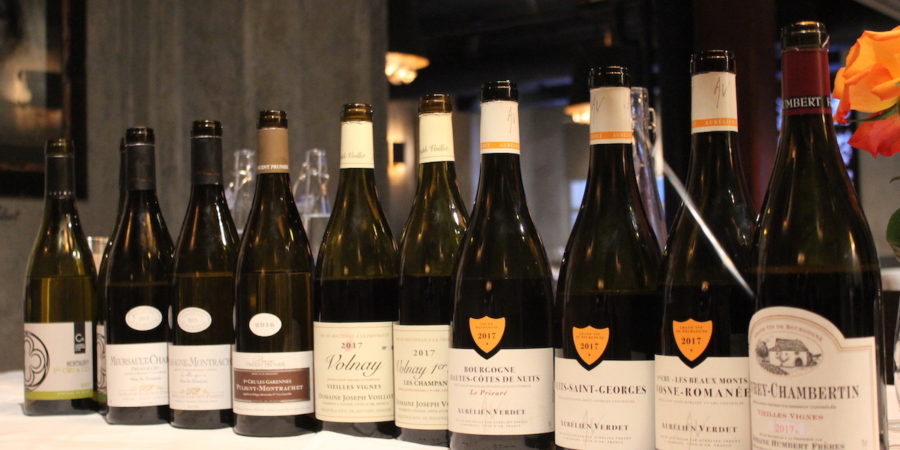 BURGUNDY OFFERING – A FOCUS ON THE 2018 VINTAGE AND A RARE OFFERING OF OLDER PREMIER CRU WHITES.

Domaine Darviot Perrin
Didier and daughter Alix Anne Darviot are quintessential vignerons; a tightly knit team that oversees every phase of the wine making process from pruning and plowing to racking the casks and bottling on their own premises. Didier learned the trade from his father-in-law Pierre Perrin who was a legendary figure in the wine making echelons of Meursault and Volnay.
2011 Meursault Genevrieres 1er Cru $249.95
2009 Chassagne Montrachet 1er Cru Les Blanchots Dessus $319.95
2007 Meursault Genevrieres 1er Cru $249.95

Domaine Joseph Voillot
“I continue to hold Jean-Pierre in the highest regard—he is the quintessential Burgundy vigneron with an innate knowledge of winemaking that makes him one of the most respected, if not high profile, in the region. His wines are a masterclass in under-statement, letting the terroir do all the talking”. Neal Martin
2018 Volnay Vieilles Vignes $82.95
2018 Volnay 1er Cru Les Champans $129.95

Domaine Humbert Freres
Emmanuel and Frédéric Humbert are the fourth generation of vignerons to tend this family estate. They took over the Domaine from their parents in 1989 and since then they have been quietly and steadily improving the quality of their wine. Today they produce wines which reflect their dedicated effort and experience of the past 12 vintages. Emmanuel is the dynamic force behind this domaine:
2017 Gevrey Chambertin VV $129.95
2017 Gevrey Chambertin 1er Cru Poissenot $214.95