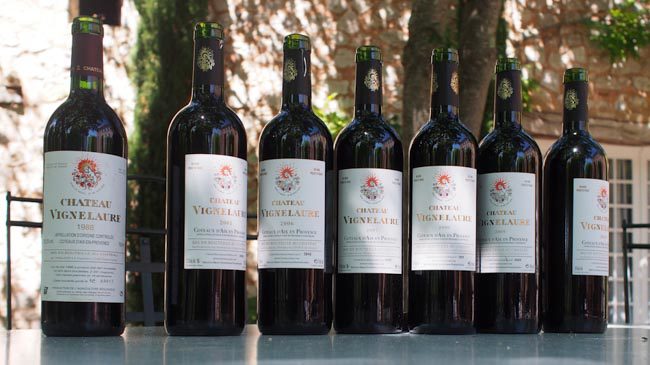 92 Points – Robert Parker’s Wine Advocate
The 2012 Coteaux d’Aix en Provence is in a fine place; it may be drunk now with pleasure, or held another five years or so. Cedar cigar box notes abound, but there’s still plenty of cassis in evidence. Medium to full-bodied, it’s silky textured and even plush on the long finish.

In its current form, this estate dates to the 1960s, when it was purchased by Georges Brunet, who owned Château La Lagune in the Haut-Médoc. He brought Cabernet Sauvignon with him, planting it in 1966. Eloi Dürrbach, the founder of Domaine de Trévallon, worked a couple of years here before striking out on his own, inspired by Vignelaure’s blend of Cabernet Sauvignon and Syrah. The sweet spot for Vignelaure looks to be at approximately 10-15 years of age.