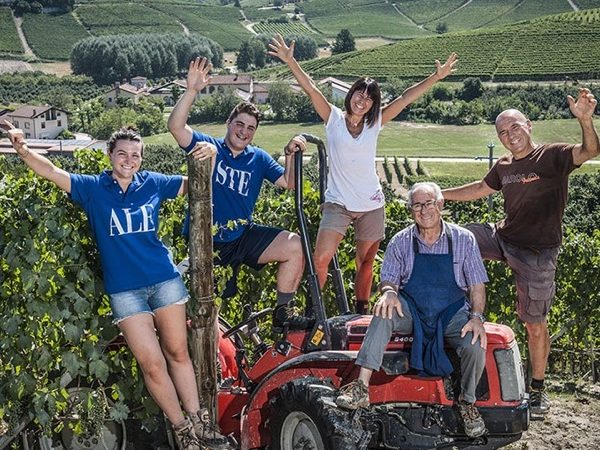 “The 2008 Barolo Le Vigne Sibi et Paucis is released ten years after the harvest. The Sibi et Paucis program of late releases sees only 1,500 bottles each of Cannubi Boschis and Le Vigne released to the market each year. Each year, the winery chooses to put aside a small part of their production of the wines based in Nebbiolo. The winery holds these in their library under optimal conditions for resting, refining and the slow march toward maturity. The seal on the labels identifies these specific bottles and their path which began under the ground in their cellars” Wine Advocate.

“Thank you, Luciano Sandrone for reminding us so vividly of the magnificence of this vintage. The 2008 Barolo Le Vigne Sibi et Paucis comes from a vintage that was sandwiched between other blockbuster years such as 2006, 2007, 2009 and 2010. This is an excellent expression that excels in the delivery of both power and elegance. These are the two cornerstones of this remarkable wine. Le Vigne is a blend of fruit from various cru sites spanning various townships within the greater Barolo appellation. The percentages of fruit per township (Serralunga d’Alba vs Monforte d’Alba, for example) is adjusted according to the specifics of the vintage. That inherent flexibility is exactly what makes this wine so special. Dark fruit segues to lighter tones of ash, grilled herb and dried fruit. The tannins are silky and long.