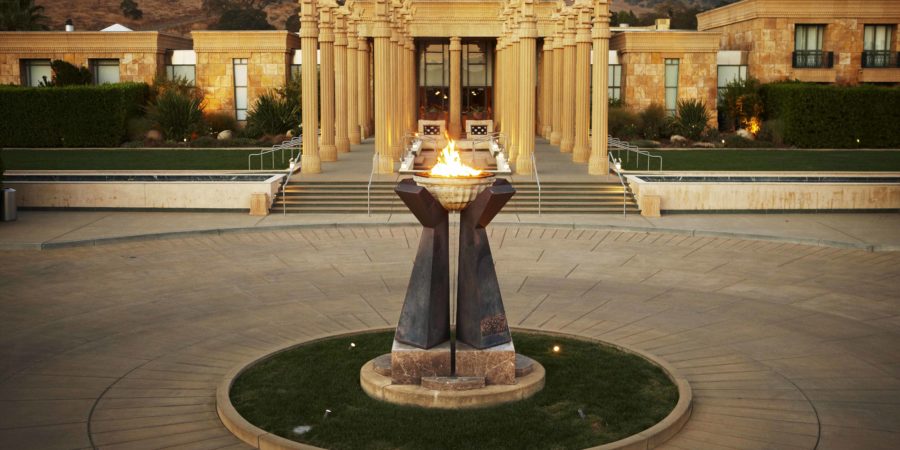 Courage, commitment, an entrepreneurial spirit and a healthy measure of graciousness best describe Darioush Khaledi, who left behind a successful engineering career in his native Iran and emigrated to the United States seeking opportunity, freedom and personal liberty. Darioush founded his namesake winery in 1997. When asked to reflect on his dual vision to make world-class wines from Southern Napa Valley and to elevate the standard of winery guest experience he says “well, I chose the path less traveled and hope to have made a lot of people happy along the journey.” Indeed, Darioush’s path was the one less traveled.

In the late 1990’s, while the focus was on northern Napa Valley, Darioush and Winemaker Steve Devitt focused intently on site selection and cooler, maritime-influenced micro climates of Southern Napa Valley and atop Mount Veeder. Together, they saw the potential of Bordeaux varieties grown from these unique, more temperate sites in crafting balanced wines with deep character, grace, complexity, and poise. Early vintages of the flagship release, Darioush Signature Cabernet Sauvignon were applauded by critics, capturing a coveted spot on Wine Spectator’s top 100 list and continue to garner praise for their style and distinction. The 2017 vintage was their 20th together, the portfolio has expanded to include small lots of Chardonnay, Viognier, Sauvignon Blanc, Shiraz, Cabernet Franc, Pinot Noir and Merlot.

Now well into the second decade since the winery’s founding, Darioush is synonymous with wines and experiences worthy of the world stage. The estate is now comprised of 120-acres in total, spanning the saddle lands of Southern Napa from high atop Mount Veeder to Oak Knoll and south of Stag’s Leap. Influenced by tradition and energized by modern technique, Darioush’s winemaking philosophy focuses on blending vineyard sites and varietals to achieve balance, concentration, and refinement.