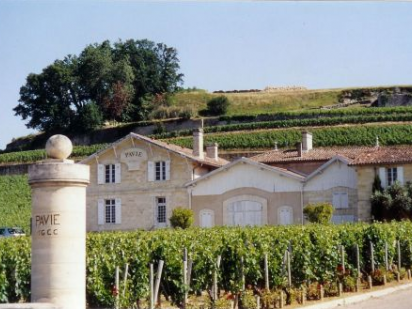 Esprit de Pavie is the creation of Gerard Perse, the visionary owner of Chateau Pavie in St Emillion, having produced no less than five 100 point wines at the Pavie estate. He and his team could have sat smugly on their laurels, instead they set out to make a more democratic bottle of Bordeaux for wider enjoyment, Esprit de Pavie is made from young vines from all of Perse’s estate’s, including Pavie, this is definitely a smart case of wine to add to the cellar, given the provenance and price, it’s a Bordeaux to snap up for fun and future.

This vintage is a blend of 65% Merlot, 20% Cabernet Franc and 15% Cabernet Sauvignon and was aged for 15 months in one-year-old barrels. Deep garnet-purple coloured, the 2015 Esprit de Pavie (a blend of vines in Côtes do Castillon and young vines from Pavie and Monbousquet) opens with expressive red and black plums notes plus touches of baking spices, vanilla pod, dark chocolate and dried Provence herbs. Medium to full-bodied, the bright fruit fills the mouth with plenty of spicy red and black fruits, supported by chewy tannins and finishing with a refreshing lift.
A juicy and rich red with blackberry and black-truffle aromas and flavours. Layered and beautifully toned. Full-bodied, round and juicy. Beautiful wine. Really well done. Drink or hold. 93 Points James Suckling