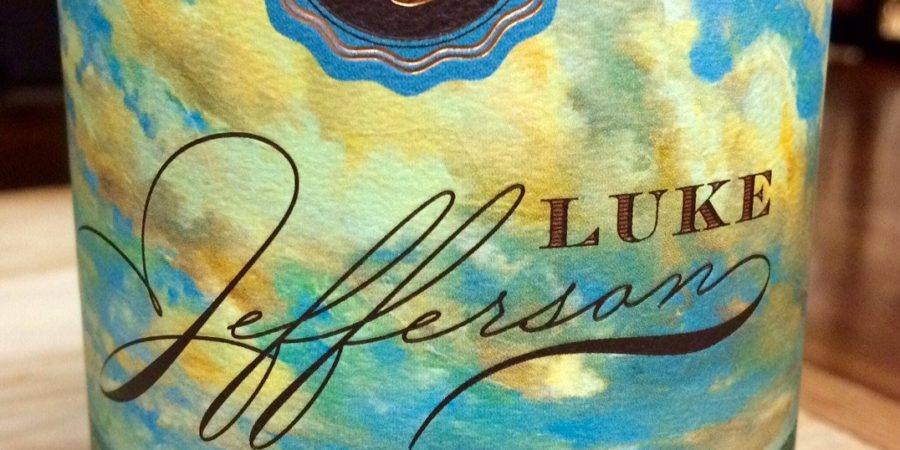 This is a ‘swan song’ project created in 2012, by Steve Doerner and Irene Steh, named after their son, Luke Jefferson. The label artwork, a commissioned painting by Zach Hixson, is an imagining of the natural beauty Lewis and Clark would have discovered wandering through the Willamette Valley of Oregon. Head and Heart vineyard is an homage to Thomas Jefferson, and his composition contrasting reason and passion.

Nestled on the eastern slopes of the Eola-Amity hills,this vineyard was planted in 2001, 2.5 acres, 5 different clones (777, Pommard, 828,115, 113) of Pinot Noir and a half acre of Syrah. The wine is aged for 18 months in French oak. The local terroir is fully and beautifully expressed in the wine. Minimal intervention allows for
natural yeast fermentation, pigeage two to three times daily and 50% whole cluster.

A Note on Winemaker Steve Doerner

After graduating in Biochemistry from UC Davis, Steve Doerner made his foray straight into winemaking at the famed Calera in 1978, as their first winemaker. Over his 14 years there, Steve was able to establishing a cult following worldwide, creating iconic wines and refining his signature style. In 1992, he was sought after to launch a project in Oregon at Cristom Vineyards, where he still remains the principal winemaker after 27 vintages. His wines, his personality have influenced winemakers, some who have interned with him, from some of the most notable wine producing regions around the world.

A Note on Winemaker Irene Steh

After attending Oregon Pinot Camp in 2006, Irene Steh was blown away by all things Oregon. She had worked in hospitality for over 24 years, 16 of which were spent at the Oliver & Bonacini group in Toronto: Canoe, Jump, Biff’s Auberge du Pommier, Biff’s and Luma restaurants. Though these years played an integral role in her life and the friendships she created, her years as a Sommelier sparked an interest in living where wine was made. Irene dipped her feet into Winemaking, working as an intern in the Niagara region, before moving on to Volnay, Mornington Peninsula and Oregon. It was during a 2008 vintage in Oregon, when Irene met Steve Doerner and
not long after that they were married in 2011.