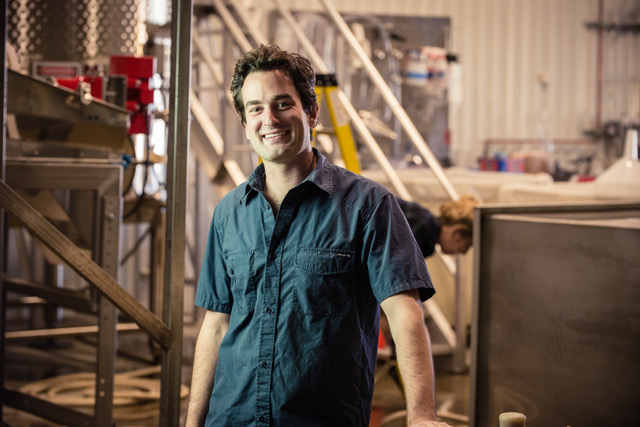 Named one of Forbes’ “30 under 30” in Food and Wine and a “Winemaker to Watch” by San Francisco Chronicle, Gavin Chanin began his winemaking career as a harvest intern (before he could legally drink) at Au Bon Climat and Qupé. Under the tutelage of winemakers Jim Clendenen and Bob Lindquist, he worked his way up to assistant winemaker at both labels. In 2007 he started his own label and caused the ink to flow from the press.

“Not enough can be said about the quality consistently being produced by Gavin Chanin. Pulling primarily from sites like Bien Nacido, Los Alamos, and Sanford & Benedict, Gavin’s wines are always exceedingly elegant, with bright acidity, yet they also have depth, length, and a sense of pure class. In addition, they show singular characters. As to the winemaking, the Pinot Noirs generally see a small percentage of stems, and the new oak is kept in the 20% to 30% range pretty much across the board. Unfortunately, quantities are minuscule, so most of these releases are under 200 cases, about 4-8 barrels a wine.”
Jeb Dunnuck

2015 Chanin Bien Nacido Pinot Noir Santa Barbara.
$87.95 – 6 packs. 94 Points Vinous Media.
A bold, racy wine, the 2015 Pinot Noir Bien Nacido Vineyard expresses all of the radiance of the year. There is not a lot of subtlety here. Instead, the 2015 makes a strong opening statement with its bold, almost flamboyant fruit. Even with all of its obvious intensity, the 2015 shows Gavin Chanin’s restrained hand, which tempers some of the natural richness that is present in this fruit.

“Santa Barbara is one of the most exciting and dynamic regions anywhere in the world. Each year, new vineyards, estates and projects pop up seemingly without end in the expansive pristine stretch of land that encompasses Santa Barbara County. The daring, innovative spirit embodied by the region’s young producers and a vast range of first-class sites creates conditions that are ideal for the production of distinctive, pedigreed wines of the highest level.” Antonio Galloni