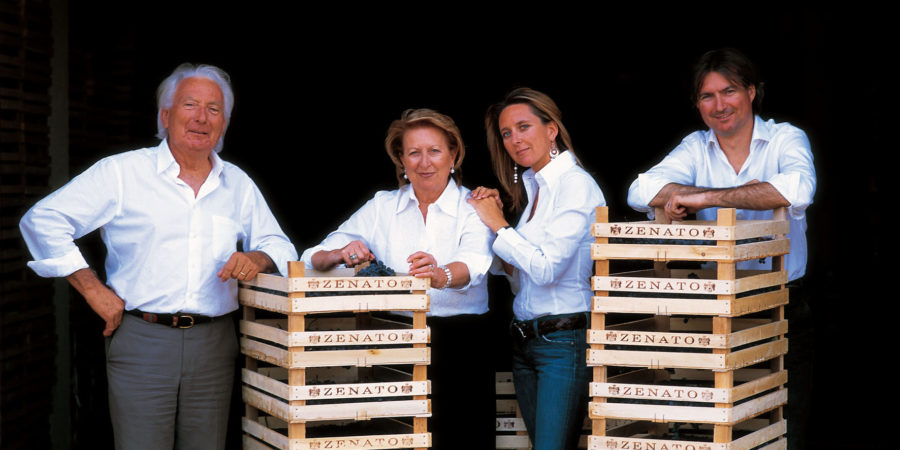 The Case For Wine is happy to announce that it has entered into an agreement with the dynamic and forward thinking Zenato Winery of Northern Italy.

“As a company we’re are thrilled and delighted to partner with the internationally – renowned Zenato Winery and we’re confident that the relationship will enable us to offer a larger selection of profound wines to the LCBO, Restaurant’s and our many private collectors” stated Roberto Albis, Partner, The Case For Wine.

About Zenato: The Soul of Lugana and the Heart of Valpolicella

Founded in 1960 by Sergio and Carla Zenato, the Zenato winery was originally based on the production of quality wines from an indigenous varietal, Trebbiano di Lugana. Over time, the winery has been passed to Sergio and Carla’s children, who have maintained and expanded upon this vision. Their daughter Nadia currently handles the marketing and promotional activity for the company, while their son Alberto oversees all aspects of production, from the growing of the vines to the completion of the bottling process. Zenato has also explored another important area of Italian wine production — Valpolicella. It is here that they have dedicated endless efforts to the improvement and success of Amarone production, a wine of noble attributes and prestige. Zenato has entered into international markets and received the highest accolades from the wine industry’s leading experts, praise that reflects the way in which the company operates on a daily basis. Today, Zenato continues to look to the future and invest in development projects based in the areas of Valpolicella and Lugana.

“Zenato is one of the historic names in Valpolicella. The estate makes a wide range of wines, but truly excels with Amarone. A recent vertical tasting of Zenato’s Amarone Riserva Sergio Zenato going back to 1980 was eye-opening for many reasons, not the least of which was seeing just how well the wines age” Robert Parker