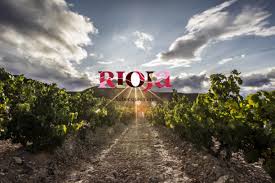 “Spain’s most famous region is increasingly exciting. Rioja is about to change how it classifies and promotes its wine. New grape varieties are being planted and old ones rediscovered. Pioneering wine-makers are bringing a fresh approach to what has always been an important but traditional wine-producing region.”

“Younger Winemakers who’ve traveled the World are now returning to work the old vines with new attitudes.The quality of the best wines is increasingly diverse, reflecting place and terroir. Rioja is moving towards a Burgundian model and away from one that resembles Champagne or mass market Bordeaux.” Tim Atkin, Master of Wine

“Is there a better Crianza in Rioja? its savoury, complex, well – balanced with masses of colour and flavour, fresh acidity and beautifully worked tannins – drink now and until 2028.”

The 2015 Rioja Riserva from Heras Cordon is absolutely delicious, with savoury spicy fruit flavours, mellowed by long aging in barrels of older American and French oak, it’s a brilliant example of a classic Rioja, with complexity and finesse. Master of Wine Tim Atkin, one of the most erudite commentators on Rioja is blown away by the quality of this under the radar winery.

“Why don’t more people sing the praises of these very impressive wines? It beats me. This is another superb release, made from bush vine Tempranillo with 5% each of Mazuelo and Graciano, showing the density, concentration and balance that are features of the Heras Cordón style. Spicy, complex and very long on the palate. 2021-35.”